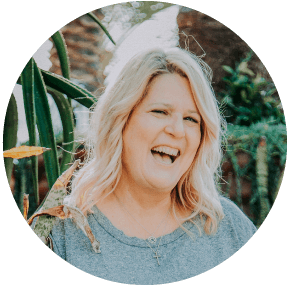 I believe every single person deserves the opportunity to break past the pressures of conformity and step into the freedom of their own belonging.

As the CEO and Founder of the Socially Brave Movement, I am passionate about helping women find themselves and unapologetically be who they are. My purpose in life is to see people discover the fullness of their true identity, as they accept and share their unique voices...

READY TO WORK WITH WENDY?


I am so grateful that I have found peace with sharing my mission in being Socially Brave because to be totally honesty, I think it's important! But, life wasn’t always that way. For as long as I can remember I thought my personality was a curse. I fully believed that by not being the uniquely expressive and adventurous person I am today, I was keeping myself from finding my sense of belonging in the world.  I was missing out of the kind of peace that makes us feel safe and not worry about judgment.

In 2017, everything began to change, for four months I was in stuck being sick in bed for most of the time. When I did manage to get out of bed, I was weak, tired and out of breath. Then I got the call from family members, “your brother is in the hospital." I immediately flew to Nashville, learned of his illness and began to make arrangements. A week later, he was gone.  Within the next four months my father passed away. It was at this time, I began to actively become the person I felt was buried deep within, without the fear of judgment or failure I fully leaned into being Socially Brave.

I traveled with friends out of the country, solo-traveled, created much-needed boundaries, overcame limiting beliefs, and began to say "no" more often.  It was not an easy process, however, I was on an intense self-actualization journey.

It was the little steps at first, the motions I took to get through the day that began to provide clarity as I learned to trust my own voice. I had to make the decision to rest in my own self.  I had to prioritize the time to foster that persistent voice inside of me, that so desperately wanted to be shared with the world.

Once I made the decision to operate out my truest voice and identity, I saw all the pieces fall into place. It was making the courageous decision to be Socially Brave. When I finally embraced my true voice, and saw goodness begin to overflow! Abundance sparked all around me. When I took the leap to be vulnerable, accept myself, and become Socially Brave, I saw everything change.

Today, I am passionate about helping other women know who they are! My mission is to help women of all walks of life break past their fear, honor their confidence, and become the person they have always wanted to be.

It’s all about being Socially Brave in all aspects of life, baby!